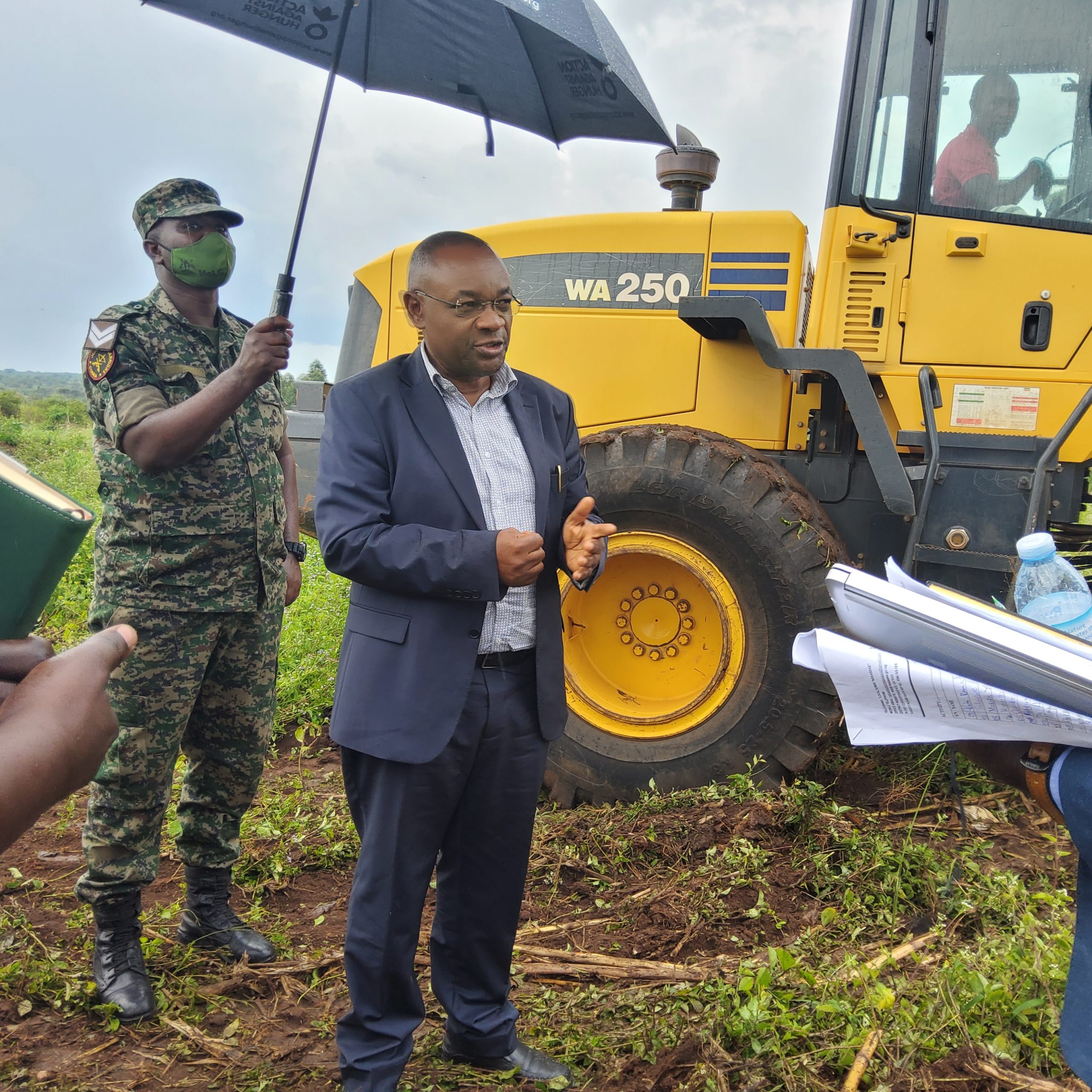 The Local Economic Growth Support Project (LEGS), supported by the Islamic Development Bank and the Government of Uganda was launched in May, 2019, to improve livelihoods for farmers in the (10) core selected Districts of Alebtong, Katakwi, Kumi, Kibuku, Nakaseke, Gomba, Kyenjojo, Bunyangabu, Kabarole and Ntoroko, which are supported with a range of economic infrastructure. An additional seven (7) districts are receiving Rural Financing support to a range of micro, small and medium enterprises.

Among the key results, areas of LEGS Project are; No Poverty, Zero Hunger, Clean Water and sanitation, Affordable and clean energy. The Project Management Unit (PMU) is in-charge of all Project activities at the National level with support of the District Liaison Units at the Sub National Level. Each of the Liaison Units is in charge of two Districts.

The projects being implemented in the district include;

Raphael Magyezi, poses for photo with some of the beneficiaries of Buwana Milk Collection Centre under construction.

Road Network: Nakaseke has two roads that have been constructed and Rehabilitated by LEGS project. The Gayaza-Kalungu-Mityomere Road which is 27Kms in Wakyato Sub-County linking farmers to Kalagala and Kayonza cattle market while Gomero-Migani-Kagongi-Buwana Road which is 33.3Kms in Ngoma Town Council and Kinyogoga Sub-County links farmers to Ngoma and the Kinyogoga Cattle Markets and Milk Collection Centers.

The completion has led to several socio-economic development activities in the communities along the roads such as fuel stations, shops, permanent structures, milk coolers among others.

Bulking and storage facilities: The Project site in Kikwata Nakaseke T/C is doing well in coffee production with an estimate of 1,395 coffee farmers under 4,790 acreages for coffee. Whereas this area has been a good producer of coffee with the production capacity of over 14,370 metric tonnes of coffee per annum, the area did not have any processing plant for its produce.

Therefore, the construction of this processing plant, will not only add value to Uganda’s coffee and add 8,622 tonnes [143,700 [60kg bag] to the export volumes of quality coffee. Value addition will boost prices, increase farmers incomes and raise more Local National Revenue.

The district is committed to ensure that the LEGS programme achieves its intended objective of fast trucking the achievement of Sustainable Development Goals of No poverty, no hunger, Affordable Energy, clean water and sanitation.

He commended the district leaders for the commitment towards service delivery. He was impressed by the physical progress of the LEGS Project in Nakaseke District since its inception. Agricultural and livestock communities are to benefit largely from the LEGS Projects upon their completion.

On the same visit, the Minister launched the construction of the Fruits and Vegetable demonstration center (farm) in Nakaseke-Butalangu which will uplift the standards of agricultural activities of farmers in the district. 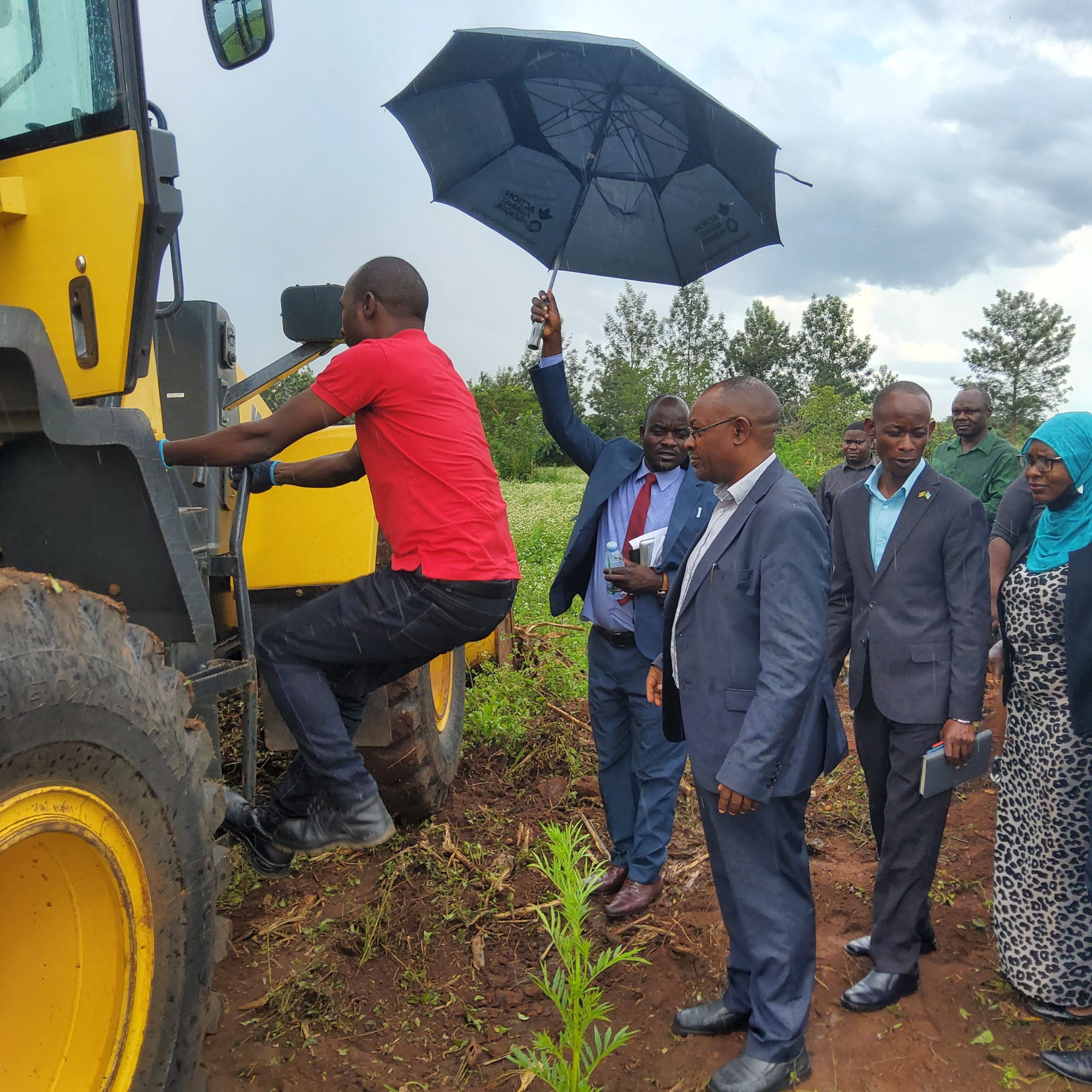