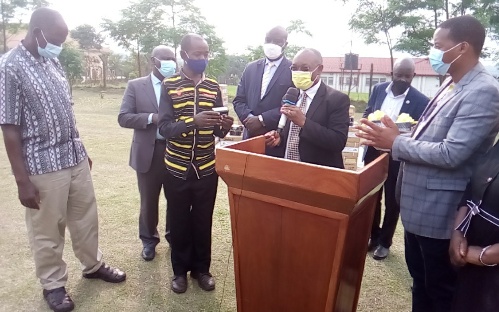 Local Government Finance Commission (LGFC) is an autonomous arm of government responsible for advising central and local governments on issues of fiscal decentralisation.

The Commission was established under Article 194 of the 1995 Constitution and has been operational since February 1995 following an official launch by Hon. Bidandi Ssali, the then Minister of Local Government.

The Commission is constituted by seven members appointed by the President; four of which are nominated by the District Councils (3) and Urban Councils (1).